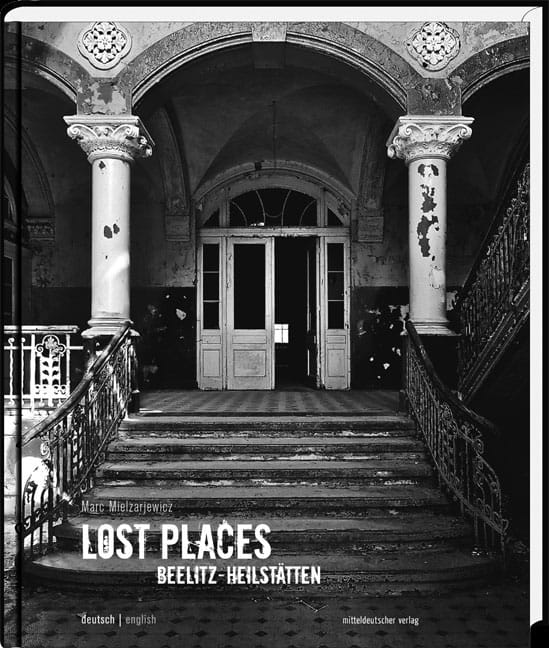 Urban expoloration coffee-table book in English and German: Lost Places Beelitz Sanatoriums
In the years of rapid industrialisation in Germany, more precisely in 1898, a unique architectural ensemble developed on the outskirt of Berlin: the „Workers` Consumption Sanatorium“ of the Berlin State Insurance Company, now known as the „Beelitz Sanatoriums“. This photographic black-and-white Urban Exploration coffee-table book, which contains texts both in German and English, shows the emptiness and abandonment and the beginning decay of the historic buildings of the „Beelitz Sanatoriums“, the morbid beauty and the glamour of the past. 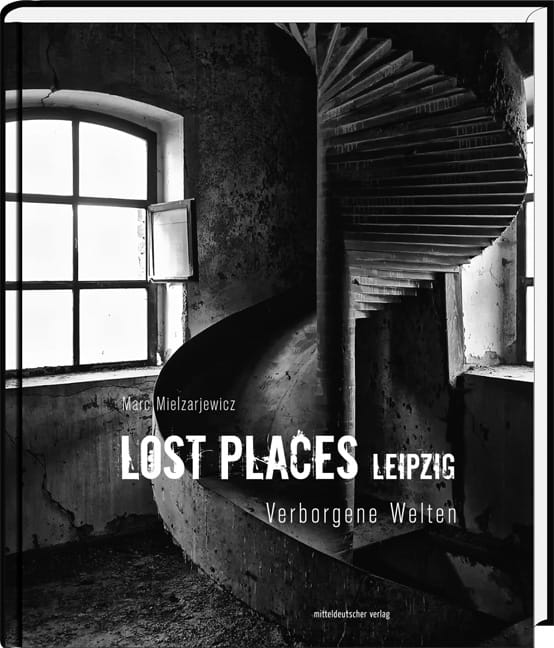 Urban expoloration coffee-table book in English and German: Lost Places Leipzig
According to a New York Times ranking called „The 31 places to go in 2010“ (published on January 1st, 2010 on the NYT website), the city of Leipzig in Eastern Germany is a particularly attractive travel destination. The black-and-white photo book „Lost Places Leipzig. Verborgene Welten (Hidden Worlds)“, which contains texts both in German and English, takes you along an unusual urban exploration trip through Leipzig. You won`t see those places listed in conventionel city guides. There are no opening hours and no guided tours through the buildings that often carve out their existence off the beaten tracks. Even so, you`ll discover places hidden and lost, things worth seeing and preserving. In this Urban Exploration coffee-table book you`ll find places that call for being recovered, many a love at second sight. The photographs show the aged beauty of past times, as it manifests even in decay. 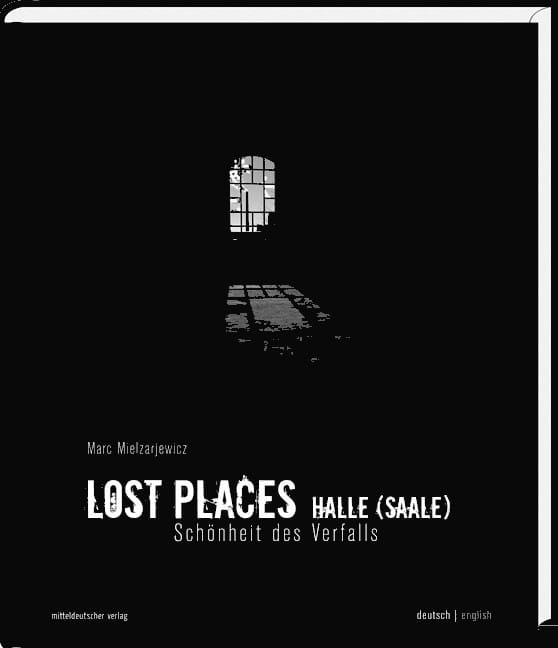 Urban Exploration coffee-table book in English and German:Lost Places Halle
Urban Exploration – the exploration of the urban areas off the beaten tourist track – is enjoying increasing popularity. This volume of photographs takes you to the places of the covert attractions of Halle – to the LOST PLACES of the city on the Saale. LOST PLACES – these are the buildings that are, despite their presence over many years of vacancy and decay, perceived less and less and still await rediscovery. Once the pride of their owners, city landmarks and, for many people, daily workplaces, their former glory can mostly only be guessed at. With his artfully arranged black-and-white images, the photographer aims to bring these historic buildings back into public focus and open viewers’ eyes to their current, morbid beauty. The second edition of this Urban Exploration coffee-table book has been released quite sudenly, proving the great interest in the subject of architectural decay. Not only for this reason, two additional LOST PLACES have been included in the new edition: the Solbad Wittekind and the northern tower block at Riebeckplatz. 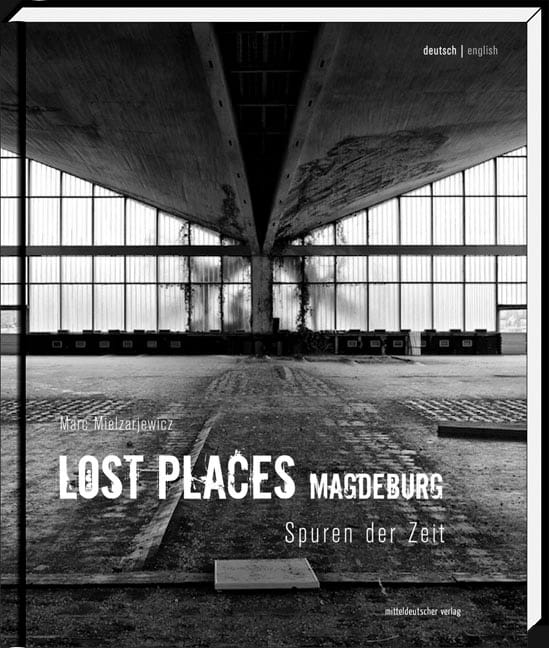 Urban expoloration coffee-table book in English and German: Lost Places Magdeburg
As an expression of the aesthetic delights that can lie in decay, Marc Mielzarjewicz captures
the architectural decline of what were once imposing buildings, and documents the long
goodbye of the industrial buildings of Magdeburg, city of heavy machinery construction in
East Germany. Since some of the buildings have already been pulled down or are due for
demolition in the near future, this illustrated volume bears witness to a past that will soon
be lost forever.
This illustrated Urban Exploration coffee-table book takes you on an unusual city tour, carrying you away to the hidden
sights of the city of Otto – to Magdeburg’s LOST PLACES. LOST PLACES – they are the buildings
whose architecture shaped the skyline of the city over many years, buildings that were once
daily workplaces for many people and today, after years of lying empty in a state of decay,
are waiting for investors or being renovated. Through his images, the photographer wants
to reawaken interest in these architectural monuments and reveal to those who see them
how morbidly beautiful they are today. But these LOST PLACES are certainly not condemned
to remain forgotten: they can be given a second lease of life through renovation and conversion.
Then the buildings portrayed here will certainly have a future – and in some cases, that future
seems to have arrived already!